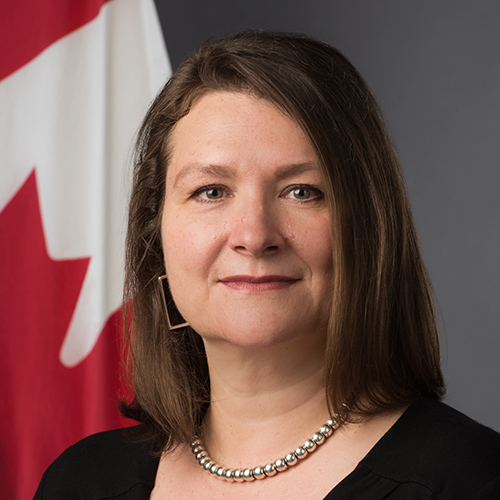 In the following years, Kati occupied several programming and analytical roles covering Central and Eastern Europe, including four Canadian International Development Agency (CIDA) postings in the region: as second secretary in Kyiv (1995 to 1997), as head of aid in Sarajevo (1997 to 1999), as head of aid in Moscow (2005 to 2009) and as development director in Kyiv (2009 to 2012). In 2013, she was a member of the transition team responsible for the amalgamation of the then Foreign Affairs and International Trade Canada and the then CIDA, following which she served as the director of amalgamation implementation in Foreign Affairs, Trade and Development Canada’s Sub-Saharan Africa Branch (2014 to 2015).

Most recently, she was the senior director responsible for Canada’s development program with Ethiopia, based at the Embassy of Canada in Addis Ababa.

Kati became Ambassador to Serbia and to Montenegro in December 2017 and to Macedonia in January 2018.

Ms. Csaba is married and has two teenage children.