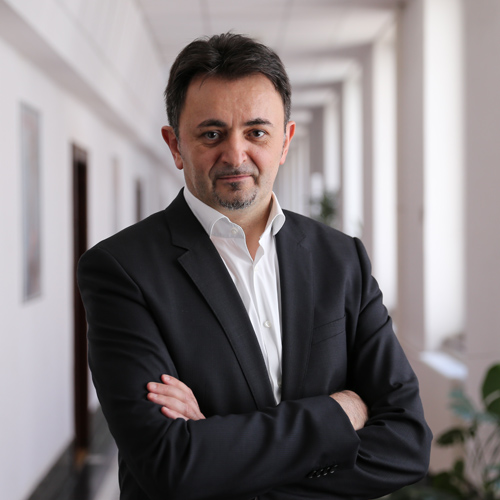 Predrag Ćulibrk was born in Ruma in 1968, and graduated at the telecommunications department of Belgrade’s Faculty of Electrotechnics in 1994.

After completing the studies, he started his professional career at Direction for development and investments within Telekom Srbija, former public enterprise PTT Srbija. He was responsible for putting up and developming transport network, telecommunication services and transportation planning. He contributed to a large extent to development of Telekom Srbija when taking part in the project of digitalizing commutation network, introduction of IN services, and implementation of the next generation network (NGN).

From his early days at Telekom Srbija in 2005, Predrag Ćulibrk was the director of the Strategic planning sector, and during the same year he became the director of the Strategy and development sector. He was responsible for placement of numerous new technologies in the telecommunications field, and a huge number of projects from various business segments at Telekom Srbija.

Since its privatization in June 2007 until nowadays, the company has spread its business to the entire area of Bosnia-Herzegovina, experiencing organizational and staff transformation, and became fully market-orientated. This resulted in a leading position in Bosnia-Herzegovina in terms of mobile communications, by development in the field of wide-range internet access and by providing multimedia services. The number of users of all services offered under corporative brand m:tel today reaches nearly two million, which is almost double the number of users before privatization.