Ministry of Trade, Tourism and Telecommunications 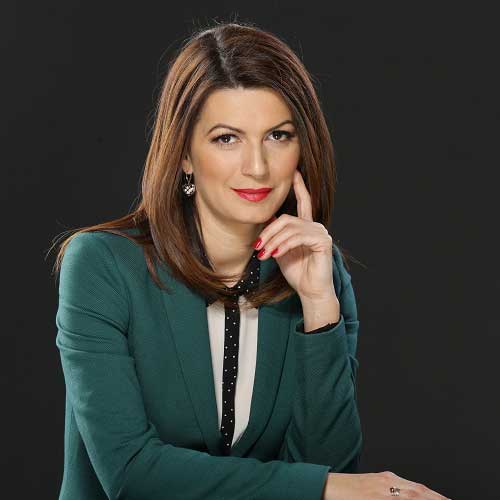 Born in Belgrade, graduated from the University of Belgrade Faculty of Philology, as the professor of Serbian Language and Literature.

From July 2012 until April 2014 she served as State Secretary in the Ministry of Foreign and Internal Trade and Telecommunications. Since May 2014, she has been appointed State Secretary of the Ministry of Trade, Tourism and Telecommunications and from July the same year, she has been the Head of the Working group for the final realization of the project “The transition from analogue to digital broadcasting of terrestrial TV signal”. Since March 2015 she has been a member of a Commission of the Republic of Serbia for cooperation with United Nations Educational, Scientific and Cultural Organization – UNESCO in the field of information technology and the information society. Since June 2015 she has been the Head of the Working group for defining the national broadband network. She has been engaged in the Coordination Body for the EU Accession Process, Chapters 3 and 10, since September 2015, as president of the negotiating groups – Right of Establishment & Freedom to Provide Services and Information Society and Media. Since January 2016, she has been a member of European Digital Single Market Strategic Group, and since March she has been the coordinator of the Economic Reform Program – ERP 2016-2018.