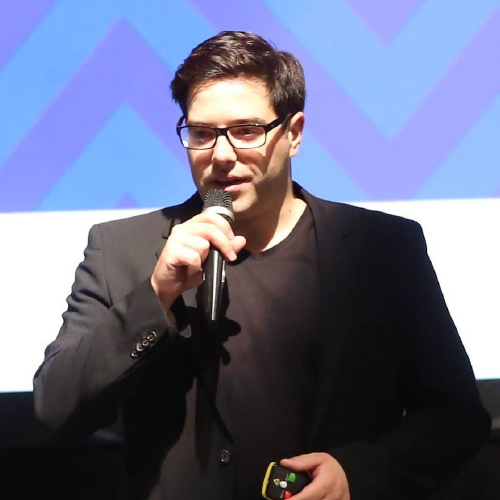 Vukasin Stojkov is an entrepreneur, designer and technological activists.

Born in Belgrade in 1982. He started his career as a self-taught designer and computer programmer working on various web projects here and abroad since 2007. The same year, he also became an activist and created a website called IT Events (IT Događaji) with the goal of beter promoting IT events in Serbia and boosting networking between IT professionals. Three years later, Vukašin and his friends founded the SEE ICT Association, a non-profit organization with a mission of creating an environment conducive to technological development in Serbia.

He has played an active role in the Association since its very beginning, and is currently one of the three members of its Managing Board. Through over 200 projects and events, 2 websites and 7 different locations, the organization has reached over 100,000 people, and is known as the pioneer in the Serbian startup community because 70% of all investment rounds in tech startups in Serbia were raised by startups from its projects. The Association implements its activities all over the country, and has a strong online presence thanks to its, currently the most popular technology medium, Startit.rs .

Vukašin studied history at the University of Belgrade’s Faculty of Philosophy, and was a keynote speaker at over 50 events in the country and abroad. In 2013, he was declared as one of the top startup mentors in Europe.