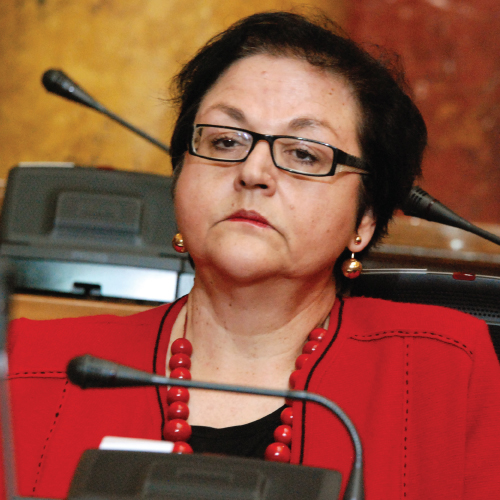 Gordana Čomić is a Serbian Member of Parliament and has served the National Assembly of Serbia since 2000 as a member of the Democratic Party and is a deputy speaker of the assembly.

After studying in the Faculty of Natural Sciences’ Department of Physics, she worked at the University of Novi Sad (1984-1999), Faculty of Technical Sciences, on the general course in Physics and Quantum Mechanics.